We had traveled during the autumn and hence nightfall began early in Granada. Behind us were the walls that house the “Alhambra” and the “Alcazaba” as we continued towards the “Generalife”. 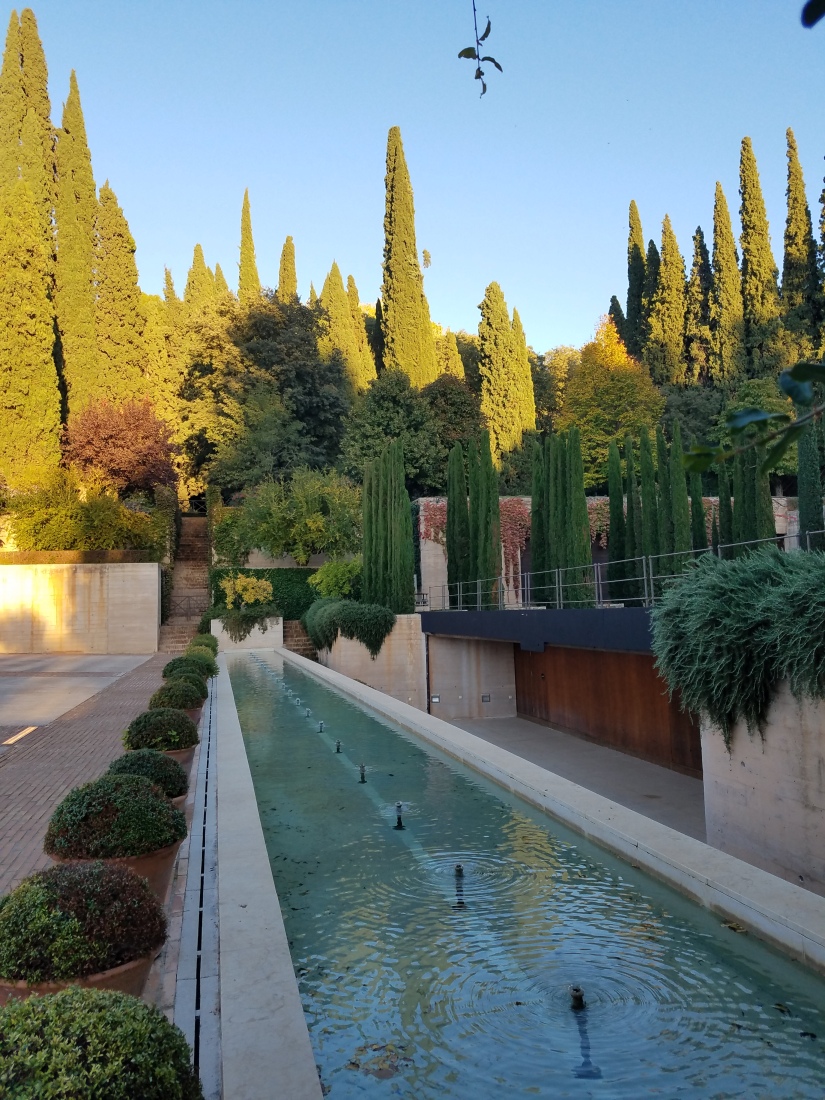 Strolling through the outdoor “Teatro de Generalife” we immediately come across a large garden, full of pools of water and fountains. The element of water is of great importance through-out the “Alambra” and the “Generalife”, ever present. Within the Muslum realms, water is an integral element, embedded in Islamic beliefs and considered as a source of growth, sustenance and purification. Hence its presence everywhere through-out the complex.

Onward towards the “Palacio de la Sultana” also known as the Palace of “Generalife”. 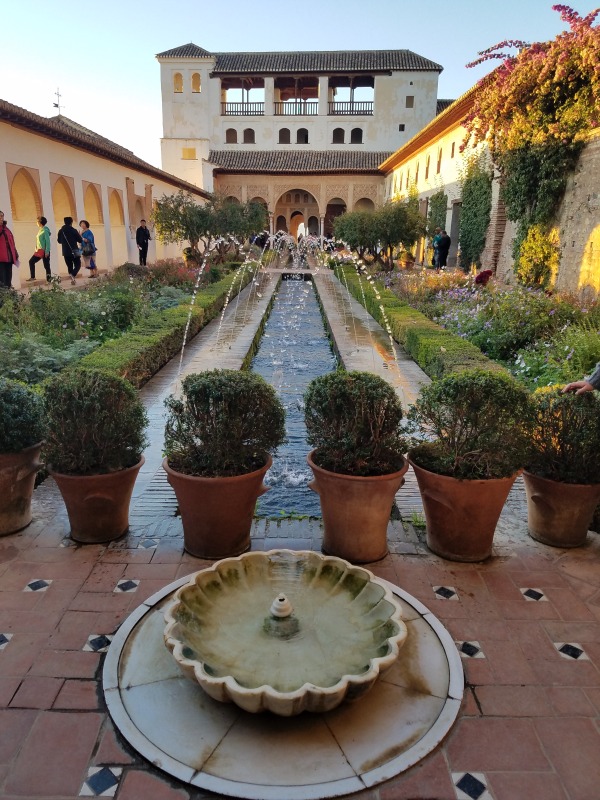 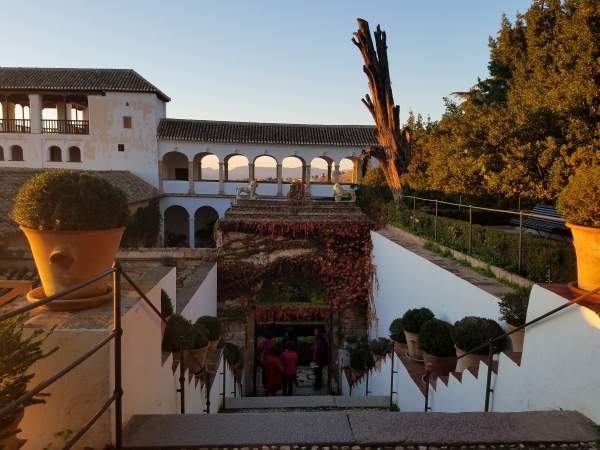 Further along, we would approach the “Mirador del Generalife” also referred to as the Romantic Vantage point.

Regretfully, the announcement that the “Generalife” was closing forced our inevitable exit from the premises. The darkness heralded the end of a great journey and a dream come true. Left for a return visit, another day and another time, were the “Silla del Moro”, the “Albercones” and the “Dar al-arusa”.

In the same manner that we climb the “Gomerez” hill, downhill we went. As if the climb had been hard enough, the walk down was harder. The soles of our sneakers served as brakes. There was no way around it!

“Puerta de los Granados”, stopping along the way at a few shops on route to the “Plaza Nueva” where cold beers and snacks awaited us.

As we sipped our beers and ate our snacks,

we pondered; what else should we do tonight? Onward to the “Mirador de San Nicolás”! The bus would take us to the “San Nicolás” Plaza and uphill we went (again) and from this vantage point we could view the lit “Alcazaba” and “Alhambra”. It was a great sight during the day and at night it was marvelous. Despite the chilly temperature of 34 degrees Fahrenheit, the time was ripe for more pictures and even a short video. The view from the “Mirador de San Nicolás” enabled us to appreciate this impressive patrimony from a different angle.

We now could proudly bear, not only over our heads but also in our hearts, the crown with the greatest jewel, the “Alhambra”!