We arrived at Seville from Écija by car thanks to our friends Rafa and Elena. Arriving directly to the old quarters of the city and from the “Plaza Nueva” we sighted City Hall from where we began touring this great city. As customary, we first stopped to have a good cup of coffee and then head towards a nearby Tourism Office. This is always recommended as one can review the city map, they offer recommendations as well as indicate any changes in the daily schedule of events and visiting hours to different sites.

Map in hand, we returned to the “Plaza Nueva”. City Hall and viewed in detail the Mercury Fountain.

Close-by, we dropped into the shop “la Casa de los Abanicos”, where we learned that hand fans made of cloth are the best in providing ventilation. It’s surprising what one learns when traveling.

In contrast to other cities visited in Andalusia, Seville is essentially a plain with no hills, which made our touring more comfortable. Through its narrow streets we reached the “Iglesia el Divino Salvador”, buying our tickets which included the entry to the Cathedral. 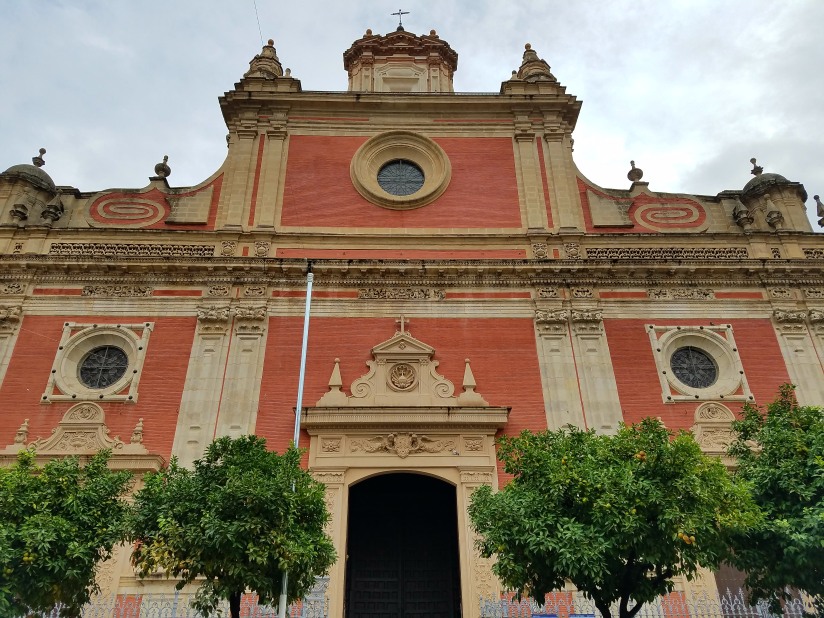 We continued onto the “Plaza de la Encarnación” and to the “Metropol Parasol” known locally as the “mushrooms” or “las setas”.

This particular structure enabled us to have an extensive view of the city. As we strolled over the “mushrooms”, we could identify the different historical structures and monuments as they were identified by signs from different viewing points. Seville is truly a large city.

So much to see in Seville and the clock kept ticking. Our tickets to the “Real Alcázar” had a fixed entry time and given the change in seasons to fall, the timetable to visit the Cathedral was comprised. We had no other choice but to speed things up, but still enjoying the sites. We still visited the “Iglesia de la Anunciación”, the “Palacio Lebrija”, the “Ciudad de Londres” shop and much more.

We had not anticipated that the “Real Alcázar” would be so large and extensive.

We were impressed with its beautiful gardens and diverse structures. The evident mixture of the Moorish culture with that of Medieval times was present everywhere. We quickly exited through the “Plaza y Patio de las Banderas” towards the Cathedral.

We had little more than an hour to visit the Cathedral and wanted to climb to the top of the “Giralda” (The “Giralda” is really a statue atop the Cathedral’s bell tower and therefore would not be viewable). What to do first? As we say in Puerto Rico, “se nos pusieron los huevos a peseta” (loosely translated to “this is f*cked”)!!! Up to the “Giralda” was the best option. We were really “pumped” and quickly started the climb. As we reahed level 25, we thought we finished, but no, we still had 10 more levels to go. Above level 35 we finally saw the light and enjoyed a spectacular view of the city from all 4 sides of the tower. Notable from this height was the “Patio de los Naranjos”, in front of the “Puerta del Perdón”. Once the “Giralda” had been conquered, we sped downward to visit the Cathedral itself.

The Cathedral is a marvel, full of grandeur. We viewed in awe its stained glass, the wooden sculptures, its spectacular Main Altar, the choir section with impressive pipe organs. This Cathedral is also the final resting place of Christopher Columbus. Our tour of the Cathedral lasted way beyond closing hours. Once outside this beautiful and holy place, we would enjoy viewing its exterior; the “Giraldilla” (a replica of the statute atop the bell tower), the “Puerta del Príncipe” and stolling through the “Plaza Vírgen de los Reyes”.

The evening quickly approached as we continued to the “Plaza del Triunfo” and visiting the “Archivo de las Indias”. Further along we would come across the “Fuente de Hispalis” and a few steps after, the “Torre de Oro”. We took a break on the “Almirante Lobo” Street fro a few cold brews and snacks.

At nightfall, we walked through the “Puerta de Jerez”, visiting the “Hotel Alfonso XIII”,followed by the old “Real Fábrica de Tabacos” nowadays used by the university. We walked down the “San Fernando” Street arriving at the “Plaza Don Juan de Austria”. Further ahead we encountered the monument to “Cid Campeador”, precisely on an avenue so named.

We finally reached the “Plaza de España”! Built in 1929 for the “Exposición Iberoamericana” with a fabulous fountain as the centerpiece. This impressive structure was beautifully illuminated. 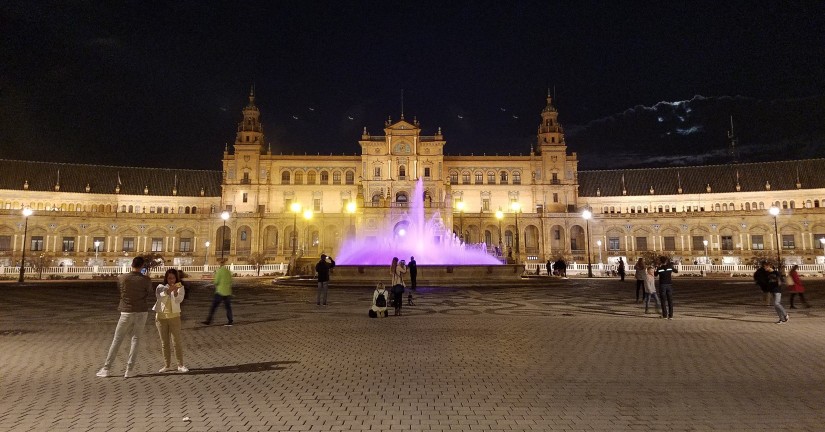 Our return trip to “Écija” would be in bus and would depart from the “El Prado” terminal. On route we stopped by the “Consulado de Portugal” as we once again walked up the “El Cid” Avenue reaching the “Fuente de las Cuatro Estaciones” at the intersection with the “Carlos V” Avenue.

Another conquest, another triumph. We got to know Seville and were greatly impressed with this grand city.